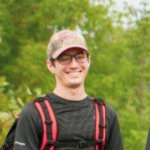 My name is Taylor Konkus and I am located in Mason, OH, just outside of Cincinnati. I found disc golf right when I graduated High School. My friends from school introduced me to the sport and I was immediately hooked. The very first MVP Disc I ever threw was a First Run Proton Axis that we had found on the course, which led me to buying a Neutron Ion and Vector when they were released in 2012. I have seen MVP grow from a small company to one of the top manufactures in our sport. As they grew, my bag became filled with gyro. MVP has been a staple in my bag since the beginning.

I have been active in the MVP community for many years. In 2013 I was made admin of the Facebook MVP Fan Page and helped grow it to over 7,000+ members. I stepped down from that position at the beginning of 2019. In 2014, I was added to the MVP Testing Team and remain a member to this day. I started by doing written reviews on the MVP Fan Page, but quickly turned my focus to video reviews. The summer of 2015 my brother Tyler and I branded ourselves as TK Disc Golf for all of our social media. Since then, we have created quite the cult following on YouTube, Facebook and Instagram. Collectively, we have accumulated thousands of followers and hundreds of thousands of views on our videos. All of which is MVP specific.

In 2019, we dipped our toe in running local MVP sponsored events. Our very first event was thrown together quickly and we called it “The TK Disc Golf Social”. The response was overwhelmingly positive and made a huge impact for the local MVP fans here in Cincinnati. We also ran our areas MVP vs Axiom event in the fall, which was also a huge success for everyone.

In 2020 and beyond, we look forward to running more events in our area to promote MVP products to the locals.

My life outside of disc golf consists of family and music. I got married in 2014 to Chloe, whom I met and had been dating since high school. We have two beautiful girls; ages three and one. My side of the family lives locally here in Cincinnati while the majority of her’s lives in St. Petersburg, FL. We travel there multiple times a year, so it is nice to see them but also play some disc golf in a more tropical environment.

I also play lots of music. I have been playing guitar since I was young and played trumpet in high school along with some in college. I sing and play guitar for my churches praise band as well. My three main guitars include a Martin GPCPA4, an American Fender Stratocaster and a Gibson Les Paul. My dream guitar is a Martin D35 made in the year I was born, 1993. 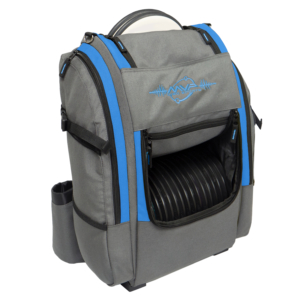