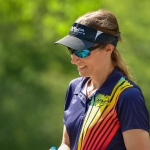 Was introduced to disc golf in mid-2015 as my competitive tennis opportunities were becoming thin. Fell in love with the game in early 2016, and chose to dedicate myself to playing it competitively in late 2016. Won three PDGA Majors for Amateur Women 40+ in 2017, including the Amateur World Championship. Turned professional in 2018. In mid-2018, won the Professional World Championship for Female Professionals 40+. 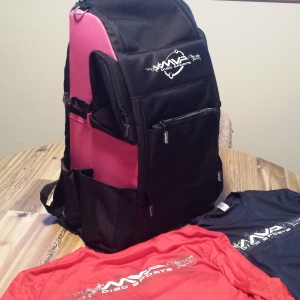 My current tournament bag – usually carried in a backpack cart unless the terrain isn’t cart friendly.